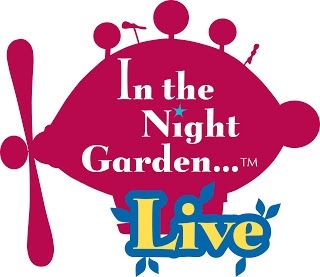 Yesterday we took the toddler, aka Baba A, to see In the Night Garden Live at the Trafford Centre.
Actually, to be more precise, in the John Lewis car park of the Trafford Centre.
It was her birthday treat because we are too mean to have anymore parties this century!
We queued, for a very short time to be fair, in the open air before being led into what is essentially an upside down bouncy castle with a lid, to watch the likes of Makka Pakka, Iggle Piggle and the Tombliboos look for a missing blanket. 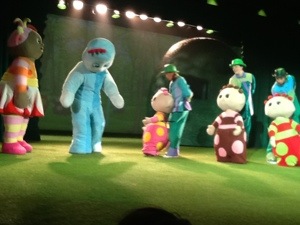 I’m not sure what to make of ITNG to be honest. Kids seem to love it but I get frustrsted by the proportions which are all over the place. How come Iggle Piggle can fit into the Ninky Nonk when he is clearly twice the size in most of the shots. Annoying.
The stage show that we saw was the Ninky Nonk show in which Iggle Piggle loses his blanket.
Careless.
It includes puppets, green people manipulating them, life sized characters and images projected onto the bouncy castle,roof! Hmmmm.
The press release describes the exact same experience like this…

Whoever thought of this programme come cult is absolutely coining it in. Seriously.
The purpose-built, inflatable touring theatre, was full to the brim of other parents and toddlers, either looking for a noose or bouncing and clapping and pointing with glee at the scene before them. You decide which was which. 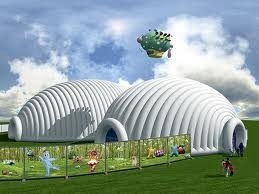 There were 4 performances yesterday and they had been in Manchester for the best part of a week beforehand. I am no mathematician, but with tickets costing approx £20 per head, a capacity of 550 plus the opportunity to buy goodie bags, the worlds worst tasting tea and meet a person dressed as a character, they make around £50k a day. WTF. That is insane.
They have been touring since Easter. Those green puppet handler people have a vey good reason to look so smug whilst their hands are stuck up the ass of a Tombliboo.
I would say that the highlight of my trip was when Mr L said;

Why the fuck are we still labouring under the misapprehension that no one knows where the blanket is.
It’s on the Pinky Ponk.
It’s like Sixth Sense. We all knew Bruce Willis was dead but had to go through the whole film waiting for the big twist. Crap.

When Derek Jacobi’s dulcet tones asked the audience ‘what’s that on the bottom of the Pinky Ponk’
I was tempted to shout out
Is it an up and coming Hollyoaks actor? 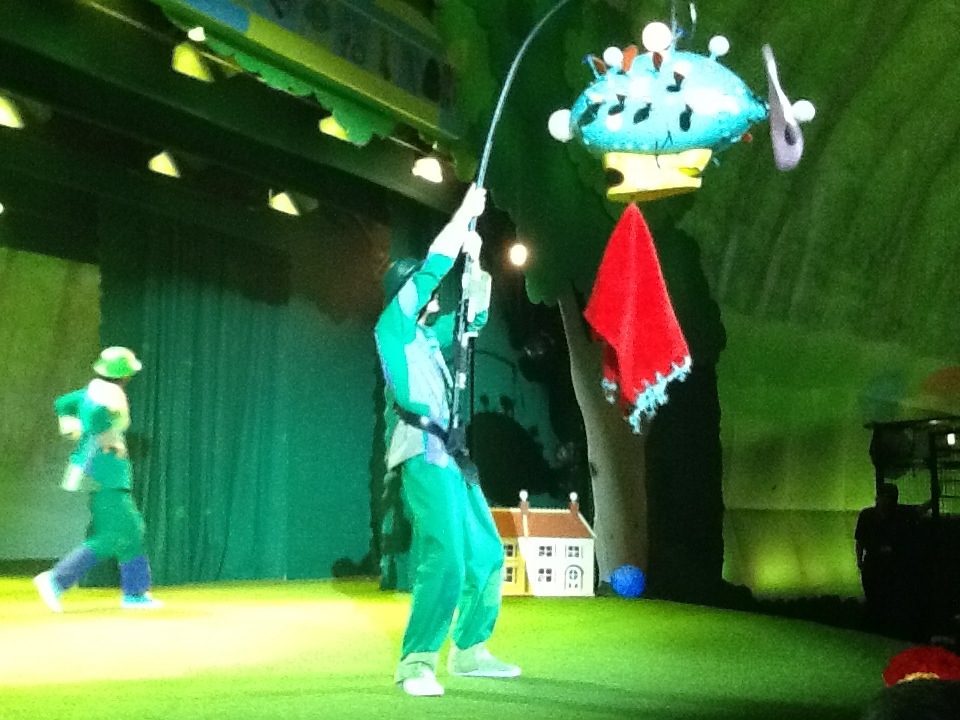 It was never going to be about cutting edge drama but the reason it is so mind bogglingly successful is the fact that the children are mesmerised and genuinely love it. The parents love seeing their child so happy and will part with cash and mental well being to achieve it!
Yep, despite the fact that the toilets are porta loos that are outside, despite the fact that it is seriously expensive for a family ticket, despite the fact that you will be in close quarters with other people’s screaming kids for a couple of hours as well as your own, I would totally recommend In the Night Garden Live and reckon we’ll be taking both girls next time!
What a gluten for punishment I am.